​Welcome to the official Burchill Wind Project webpage!
This webpage has been created to provide information about the Project to the community, stakeholders, and the First Nations of New Brunswick.​ ​ 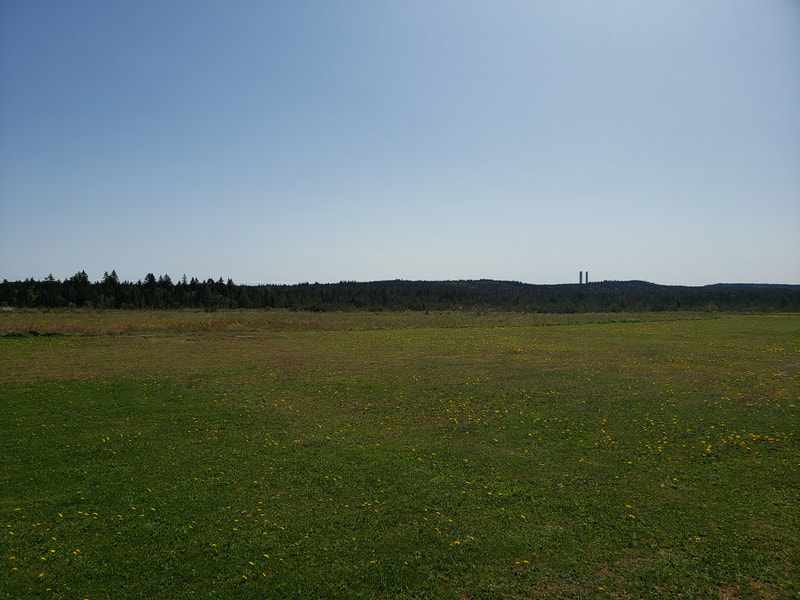 A rendered photomontage that gives an idea of what the wind turbines will look like from the church on Lorneville Rd.

A rendered photomontage that gives an idea of what the wind turbines will look like from the Lorneville Community Centre.

Who is Proposing this Project?

Natural Forces submitted a proposal to develop this wind energy project in March 2019 to Saint John Energy as part of Saint John Energy's Request for Proposals to acquire additional renewable energy sources as part of their energy supply. As of September 4, 2019, Natural Forces has officially been selected as the proponent of this project moving forward.
Natural Forces is a regional energy developer headquartered in Halifax, NS that has successfully developed, constructed, and operated multiple wind projects in Atlantic Canada for over a decade. Natural Forces has been working in New Brunswick for over 15 years, beginning with the development of the first wind farm in the province - Kents Hills in partnership with TransAlta Corp. Natural Forces is currently managing the construction of two additional wind farms in New Brunswick - the Richibucto Wind Project owned in partnership with Pabineau First Nation and the Wocawson Energy Project owned in partnership with Tobique First Nation. To learn more about Natural Forces and our projects, please visit our website at www.naturalforces.ca or contact us at 902-422-9663. ​

The development of wind energy in New Brunswick not only provides a clean and stable source of electricity to help meet growing energy demands and provincial targets, but also provides additional community benefits such as:
​Natural Forces is excited about the opportunity to work with local residents to develop the Burchill Wind Project. We are committed to establishing positive relationships with the community through public meetings, community consultation, and one-on-one discussions.  In doing so, we will do our best to address all concerns pertaining to this proposed development raised by local residents and community members. Natural Forces welcomes and encourages all community members to attend public meetings and engagement events to learn more about the project and to voice any concerns you may have. ​​

When developing a wind project, it is crucial to find the best suitable location and community to host it.  To do so, there are four main factors to consider during the site finding phase of development: ​
Wind resource:
To measure the wind resource, a temporary meteorological mast or 'met mast' is being installed on the project site. The met mast is equipped to measure the wind speed, wind direction, temperature, and relative humidity.
Distance to existing electrical and civil infrastructure:
The project is located along the existing Burchill Road, which will largely be used to access the site. This project will connect to existing Saint John Energy electrical infrastructure.
Environmental sensitivity:
The project is not expected to present any significant environmental concerns that would prohibit development. Various field surveys will be carried out, the results from which will be submitted as part of the Environmental Impact Assessment. ​
Socio-economic concerns:
The proposed project is located on Crown land that has significant industrial disturbances including a waterline, a pipeline, three communication towers, several gravel pits, several transmission lines, the Coleson Cove Generating Facility, and a capped landfill. These disturbances combine to cause there to be industrial sounds throughout the project site. The site will allow all turbine locations to be more than a kilometer away from any residential buildings.

The Environmental Impact Assessment Regulation - Clean Environment Act states that any electrical power generating facilities, such as a wind project, with a production rating of 3 megawatts or more must undergo an Environmental Impact Assessment (EIA). As the Burchill Wind Project will produce approximately 42 MW of electricity, it is subject to an EIA.
​To fully assess the potential environmental impacts of the project, the following comprehensive studies have been conducted: ​
​Results from these studies are compiled in the EIA document were registered with the Department of Environment and Local Government in February 2020. The bird and bats surveys are being included as an addendum to the assessment and are available below. A summary of the environmental studies is also available below.

Download File
For more information on the process, please visit the webpage of the Department of Environment and Local Government which can be found by selecting this link: New Brunswick Environmental Impact Assessment.

Conventional sources of electricity come from burning fossil fuels such as coal, gas, oil, and from nuclear fuels. There are fears of fossil fuel shortages, and an international consensus that burning fossil fuels is contributing to our planet's increasingly rapid climate change.
Some people have concerns about the impact of wind farms on house prices, health, and other issues. As a result, many studies have been done with regard to these issues and are available on Government and Industry association websites. To help people find good quality information, the Canadian Wind Energy Association (CanWEA) lists Windy myths about Wind Power. Many more facts about Wind Energy can also be found on the CanWEA Wind Facts page (FAQ's).​
Are wind turbines noisy?
​Since wind turbines are large mechanical pieces of equipment, they can be expected to produce some noise. However, as wind turbine technology has evolved, the sound emitted by wind turbines has decreased. In current designs the mechanical noise is almost obsolete, resulting in only the interaction of the air and the turbine parts producing noise. This noise decreases as the radial distance from the turbine increases. For reference, the compressor of a refrigerator produces 40-45 dB of noise, whereas a wind energy project would have a noise level of between 35-45 dB at 350 meters away (Check out the Energy Nova Scotia Wind Page for more information). Federal and provincial jurisdictions establish minimum distances from turbines to occupied dwellings to minimize this noise.​

Wind turbine noise specific to Burchill Wind Project:
Our realistic and worst-case noise impact assessments demonstrate that the surrounding residences are not expected to experience noise levels at or above the regulated limits (~40 dB(A)) at any wind speeds. This does not mean that no sound will be experienced at residences, but that the maximum sound levels that could be experienced will be quieter than an average refrigerator compressor. Natural Forces is committed to working with the community should any issues arise throughout all phases of the Burchill Wing Project.

Does turbine noise have any effect on health?
​A study done by Health Canada in 2014 investigated the health effects of wind turbine noise. This study found that wind turbine noise was not associated with self-reported sleep, illness or stress levels. The summary of these results can be reviewed on the Health Canada Environmental and Workplace Health page and links to additional studies can be found in the following section.
What is shadow flicker?
Shadow flicker is created when the sun is at a certain angle behind the turbine. When the sun shines through the blades, the movement of the blades can cause a shadow that flickers on and off as the blades rotate. The Province of New Brunswick has identified specific guidelines for wind turbines that require wind energy projects not to exceed 30 minutes/day or 30 hours/year of shadow flicker at any residence. These guidelines also require that wind energy projects not exceed 40 dB[A] of sound at any residence.
​
Shadow flicker specific to Burchill Wind Project:
Our realistic and worst-case shadow flicker impact assessments demonstrate that the surrounding residences are not expected to experience shadow flicker levels at or above the regulated limits. In addition, the assessments demonstrates that the majority residences will not be impacted by shadow flicker at any level.

How close are the turbines to residential dwellings?
The proposed turbines will be set back at least 1.0 km from all cabins and houses.
Will you be able to see the turbines from residential dwellings? From existing roadways?
The turbines being considered for this project have a maximum height of 205 m to blade tip. Wind turbines have gotten taller over the past few years, allowing them to produce more power and reduces the number of wind turbines needed to meet energy demands. Though these larger turbines are more efficient and reduce the ground disturbance by reducing the amount of turbines needed, they are taller and can be seen from further areas surrounding the project. Photomontages of local areas have been created to provide a general idea of what the landscape will look like once the Project is built.

​* See photomontages in “The Site” section above.

Will Covid-19 impact the project?
It is too early to tell whether the chain of supply will be affected. As of now, we are moving forward on schedule.

Natural Forces thanks everyone who attended the Open House to voice your questions and concerns. During this Open House, many community members had concerns about the potential health impacts of wind turbines. We would like to offer the following resources to help provide some comfort on this issue.

Wind Turbines and Health: A Critical Review of the Scientific Literature
https://journals.lww.com/joem/Fulltext/2014/11000/Wind_Turbines_and_Health__A_Critical_Review_of_the.9.aspx.

Health effects and wind turbines: a review of the literature
https://www.ncbi.nlm.nih.gov/pmc/articles/PMC3179699/

To get in touch with us